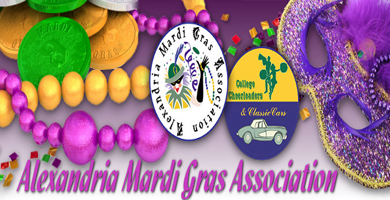 A Pineville man was sentenced to 40 years in prison Monday for charges related to the death of his girlfriend in 2017. Douglas Ponthieux pleaded guilty to a reduced charge of manslaughter in November in the death of Connie Ducote Patterson. He had been facing a second-degree murder charge. The 40-year sentence given by Judge Greg Beard was the maximum allowed.

Jury selection is set to begin Tuesday for 26 year old Korri Thornton of Alexandria who is accused of shooting and killing Dadrian Henderson  on Henry Street back in June 2018. Thornton faces charges of second-degree murder and firearm possession by a felon.

Out of the 39 cadets, 15 are specifically training for the Alexandria Police Department. The Academy lasts 17 weeks. Currently there is a shortage of 30 officers in the department.

There is a third confirmed death from a vaping-related illness in Louisiana. According to a spokesperson with the Louisiana Department of Health, the death had taken place in Lafayette. Between August and December of 2019, the state had 35 cases of e-cigarette, or vaping, product use-associated lung injury. The first death in Louisiana was reported in November followed by its second later that same week.

Today is National Plan Your Vacation Day and Lt. Gov. Billy Nungesser says the state has been busy marketing itself to visitors from outside of Louisiana but also encourages residents to take a staycation in their home state. Nungesser says last year nearly nine million days of vacation went used in Louisiana.

The Louisiana Department of Health kicks off the Own Your Own Health Challenge, a competition aimed at getting Louisianans more active, healthier, and ultimately lighter. Governor’s Council on Physical Fitness Director Rudy Macklin says you can compete against others around the state and country to see who can win a steps challenge, or who can lose the most weight. Visit O-Y-O-H-Dot-com to sign up.

LSU announces Bo Pelini is back as defensive coordinator. Pelini was the D-C for the Tigers for three seasons and helped LSU win a national title in 2007. LSU was 34-6 during Pelini’s three seasons in Baton Rouge

Juries may soon get to know if someone injured in a car crash was wearing a seatbelt, something not allowed under current law.  Slidell Senator Sharon Hewitt has pre-filed a bill for the change and says the juries should be aware if someone is negligent in mitigating damages from not being properly restrained. Hewitt says there is hope this bill could result in lower claims and lower settlements with insurance companies, with that savings being passed along to consumers.  Two people not wearing a seatbelt were killed in a head-on crash in Vermilion Parish Monday morning.

The Coast Guard says that they have suspended its search for three missing men on Monday, after two towing vessels collided on the Mississippi River near Luling on Sunday. Coast Guard crews searched over 835 nautical miles for around 67 hours but were unable to find the three missing mariners.

Nicholls State University gets recognition from the National Council on Teacher Quality as the top teacher prep program for early reading instruction, receiving an A+ rating.  Nicholls head of teacher education Dr. Alyson Theriot says students who struggle with reading will struggle with just about every other subject.