This is Mardi Gras weekend in Alexandria, with a full schedule of events. Beginning this afternoon , the Classic Cars & College Cheerleaders (CCCC) Parade will roll at 4:30 with a rout that winds through downtown. Tonight the 26th Annual Taste of Mardi Gras will be held at the Randolph Riverfront Center. Saturday morning the Annual Children’s Parade will roll at 10 a.m. Sunday The 27th Annual Krewes Parade will roll at 2 p.m. There are many other events scheduled throughout Cenla. The list can be found on our websites under events.

The Board of Regents approves a new policy that could result in financial penalties for universities that do not comply with minimum admissions requirements for incoming students. Higher Ed Commissioner Kim Hunter Reed says a school will be flagged for review if they allow too many students in, who do not meet requirements like minimum GPA, or ACT.

Louisiana state and local governments wasted or missed out on a combined $642 million in 2019, according to the state legislative auditor’s year-end report released this week. The auditor points to a handful of key issues, noting Louisiana’s “ongoing struggle to make sure the Medicaid program is paying only for services that actually have been delivered, and to ensure that only eligible individuals are receiving Medicaid services.”  In addition, the auditor wrote Louisiana’s colleges and universities need to improve their bookkeeping so that students are not overcharged or undercharged fees and tuition. The auditor also slams a number of local governments for similar problems, noting that a number of repeat offenders are on the “edge of financial collapse.”

The Louisiana Lottery says the lack of massive Powerball and Mega Million jackpots recently results in fewer dollars for education.  Lottery spokesperson Kim Chopin says there is currently a rare, eight-month drought of multistate games rising into major jackpot territory, which has had an impact on ticket sales. Chopin believes some players are waiting until those jackpots hit a certain level before participating. The Louisiana Lottery is required to transfer at least 35 percent of its revenue to the state.

The Tulane National Primate Research Center will soon begin work on a vaccine, and more effective diagnostic tools for the coronavirus. The virus is expected to arrive at the St. Tammany Parish based facility in the next two to three weeks, and Associate Director Dr. Skip Bohm says it will likely take a while for their work to come to fruition.

The virus has infected some  75,000 people worldwide and is thought to have killed over 2,000. Tulane was one of the first labs in the nation to receive CDC approval to study the virus.

Cleco customers will see a drop on their power bill starting in March with the removal of the storm restoration fee. The fee became part of customers’ statements to pay to fix the damage caused by Hurricanes Katrina and Rita. Cleco spokesperson Jennifer Cahill says it’s good news for their customers. Cleco customers will save a combined $22.3 million annually because of the fee removal.

Governor Edwards plans to spend a billion dollars a year building and restoring the coast over the next four years, according to his recently released second term coastal plan. The Governor also announced 115 million dollars from last year’s surplus will help bolster those efforts. The billion dollars a year will fund a web of projects, highlighted by massive sediment diversions that will redirect river sediment into the wetlands.

Over two hundred state troopers are being deployed to the city of New Orleans for Carnival 2020.  This is an uptick from last year as crowds are expected to be bigger.  Trooper Monroe Dillon says much of the concentration will be around downtown and the French Quarter.   Dillon says law enforcement will be keeping an eye out for those who have partied too hard and decide to get behind the wheel.

58-year-old Geraldine Carmouche was killed Wednesday night at a New Orleans parade after reportedly trying to pass between two floats, tripping, and being run over. The incident has sparked some calls for new safety regulations to keep people away from floats.

Summerfield High School Principal Brian Biggs is in the Claiborne Parish jail after being arrested yesterday at his home for multiple sex crimes. State Police report the  investigation began after authorities were notified by concerned parents who accused Biggs of acting inappropriately with children on the internet.

In Lafourche Parish, a school traffic guard is dead after being struck by a truck driven by an 83-year-old man.  The victim has been identified as 67-year-old Larry Boudreaux.

The Pelicans return from the All-Star break as they start a three-game road trip in Portland tonight. New Orleans is 5.5 games back from Memphis, who occupies the final playoff spot in the West. Pels Coach Alvin Gentry says every game is important the rest of the way. You can hear that game tonight beginning at 9p on 94.7 ESPN..

There’s LSU baseball at the box tonight as the Tigers begin a 3 game series against Eastern Kentucky. Tonight’s broadcast begins at 6:30p on KSYL 970am/104.9fm 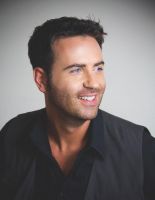