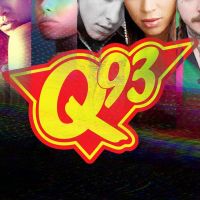 The investigation continues into another shooting in the city yesterday morning. APD reports a man was shot on Holly Street neat 16th when police arrived at the scene they discovered a man had been shot 3 times. He was transported to a local hospital where he is now in stable condition. KALB reports detectives learned that the man who was shot approached a truck that another man was sitting in. Words were exchanged, followed by a struggle that actually took place inside the truck. During which time the owner of the truck drew a weapon and shot the other man.  No other information has been released.

The Louisiana Supreme Court rules today on a case between Jefferson Parish and Walmart that could determine whether large online marketplaces could be required to collect sales taxes on third-party retailer transactions.  Tax law expert Bill Backstrom says the tax administrators and businesses all over the country are waiting for the outcome of the case. Jefferson Parish has been previously successful in two similar cases.

The AP reports nearly all of Louisiana’s legislators are utilizing perk of the job that allows them to buy rare Tigers postseason tickets at face value. Lawmakers are offered a range of tickets reportedly running 425 dollars a pop to 875 dollars for end zone tickets to the national championship in New Orleans. Tickets are also available for the Peach Bowl. 95 out of 105 Representatives, and 38 of 39 Senators have taken LSU up on the offer this year.

A Louisiana law that automatically transfers 15-year-old suspects to adult court if they are indicted by a grand jury for certain violent crimes was upheld Wednesday by the state's Supreme Court. The 4-3 ruling came in the case of a suspect who had just turned 15 when he was accused of raping a child. A lower court ruled that transferring him from juvenile to a regular criminal court following his indictment,  without a hearing, was an unconstitutional violation of due process. The high court disagreed.

New Orleans, Shreveport, and Baton Rouge make Wallethub’s list of top 25 cities most in need of charitable giving during the holiday season. The Crescent city came in at three, and while the city is known for it’s cuisine, it ranked two in highest rate of food borne illnesses. Wallethub analyst Jill Gonzales says the Capital came in at 21, but where New Orleans’ problems were health focused, Gonzales says Baton Rouge’s issues were very much economic. In particular because of the excessive school dropout rate. Shreveport was ranked 19th, and Gonzales says the city economy is suffering, leading to very high adult and child poverty rates.

The Corps of Engineers New Orleans District has identified five flood mitigation projects across south Louisiana they feel stand a good chance of winning federal backing and eventually funding. The five studies looked at the south-central coastal region, the upper Barataria, the Amite River, Lake Ponchartrain and surrounding areas, and the West Bank of the Mississippi south of New Orleans.

The state is filing suit against a California law banning transactions involving alligator products.  The law was passed in sixty years ago with implementation in 2020.  At the time of passage, the alligator population was not doing so hot, but Attorney General Jeff Landry says the sale of alligator products in recent decades has funded effective conservation efforts. Louisiana now has more alligators than registered voters and he says he has given a heads up of the oncoming lawsuit to California’s AG. Harvesting gator skin and meat is a nearly 60 million dollar industry.  California makes up 30 percent of the world’s alligator market.

For five years, the Achieving a Better Life Experience program, known as ABLE, has been helping the parents of individuals with disabilities to save money without being penalized or losing benefits and services.  The cutoff age is 26, but State Treasurer John Schroder is backing legislation to raise the age to 46 to help vets who develop disabilities later in life. Schroder says the ABLE Age Adjustment Act isn’t a hand-out and is designed as an account to bridge the gap between insurance, benefit programs, and personal savings.

If it upsets you to see campaign signs lingering, long after the election is over it could be a thing of the past in Monroe. The City of Monroe is taking steps to fix that with a crackdown on such signage. Keep Monroe Beautiful says campaigns or candidates could be fined $25 per sign for any left standing in the city after December 26th.

After leading the Bayou Bengals to a 13-0 record and LSU’s first College Football Playoff appearance, Coach Ed Orgeron is being recognized as the Home Depot Coach of the Year. He’s the first Tigers coach to win the award since Les Miles in 2011 and the second ever in the 25-year history of the award.

Tough news for Saints fans as reports in the last 24 hours indicate both defensive end Marcus Davenport and defensive tackle Sheldon Rankins will be out for the year. Davenport is 23 and Rankins is 25, and both figured to be young cornerstones to build the future defense around, but it’s two years in a row they’ve ended the season on IR

Rumors of LSU defensive coordinator Dave Aranda becoming the next head coach of U-N-L-V has died down. There were reports yesterday that says Aranda and the Running Rebels were close to a deal. But the latest report from ESPN says no job offer was made, and Aranda and UNLV had just initial talks.